First, I would like to say that the really great teachers that I’ve met have never boasted about their Kungfu lineages although it was usually no secret. In fact, most would prefer to not even tell a student what style was being taught for a couple of years. The reason? Well, it’s because instead of working hard to excel, many students will just assume that since they study Shaolin, or Baguazhang, or that since their teachers were so accomplished that they will also be so accomplished. But skill is never gained simply by association, and they wanted their students to excel. I feel the same.

However people are curious, so here is a bit about my martial arts background. I also have many stories to tell of martial arts adventures, competitions, trophy’s won, awards, etc. but maybe more on that another time. This is just about the teachers I’ve studied with.

There are four Masters with whom I had the honor of becoming an advanced ‘indoor’ apprentice . There are others too whom I learned from, and whom I respect very deeply, but  did not learn a large part of their systems. See the list (of the 4 major teachers) below.

This was during the period between the mid-seventies to the mid-eighties.

This was from the period between the early Nineties and his death in 2003.

I was Xu Gongwei’s principle Cha Chuan student. His principle student only because I was lucky enough to live near to him and he could teach me year round. I learned his entire Cha Chuan system, excluding weapons. Of Cha Chuan’s weapons I only learned the spear, the sword, the staff, the kwan dao, and the broadsword.  He also had a few advanced students in Montreal, Toronto, and Mexico that he would spend a month out of every year visiting and teaching. He also had an advanced student in Australia.

Master Xu was accomplished at other martial arts as well – most notably for Chen Taiji. He studied Chen Taiji as a personal student of Chen Zhao Kui. Master Xu hosted Master Chen in his home for many years. This because Master Xu also practiced Chinese Medicine and had treated Chen Zhao Kui for a serious illness. Master Chen taught him Chen Taiji to show his appreciation. Master Xu knew many forms of Chen Taiji.

Master Xu was one of  Master Yu Zheng Shens closest indoor disciples. He learned the entire Cha Chuan system from him.

Master Zhao Yifan was an “Imperial Bodyguard” (along with Yin Fu and his students) under China’s Empress Dowager, Cixi, since his early twenties. After Zhao’s retirement as a bodyguard he taught martial arts and practiced healing arts in Shanghai. Master Xu Gongwei inherited Baguazhang, Xingyi, Wu Taiji, and Chinese Medicine  from Zhao Yifan. 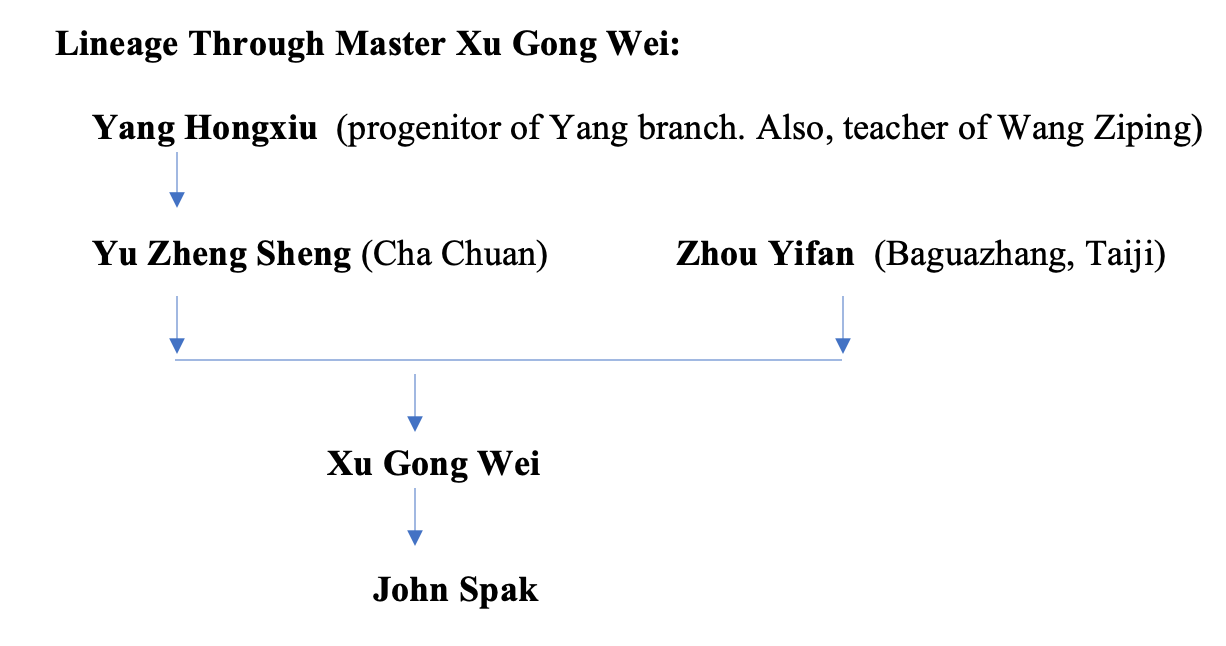 This was from the mid-nineties until his death in 2012.

Yang, Guotai learned Baguazhang from Xu Zhenbiao, who was a student of Liu Shikui (Liu Bin’s son) and Wang Wenkui (one of Liu Bin’s top students). Liu Bin was one of Cheng Tinghua’s first students. Cheng Tinghua had no official indoor students as he died at a young age himself. But Cheng Tinghua was one of Dong Haichuan’s top students and shared his knowledge freely. I was Yang Guotai’s second student upon his arrival to Vancouver. Aside from standard Cheng style Baguazhang he also taught me his striking and combat skills. 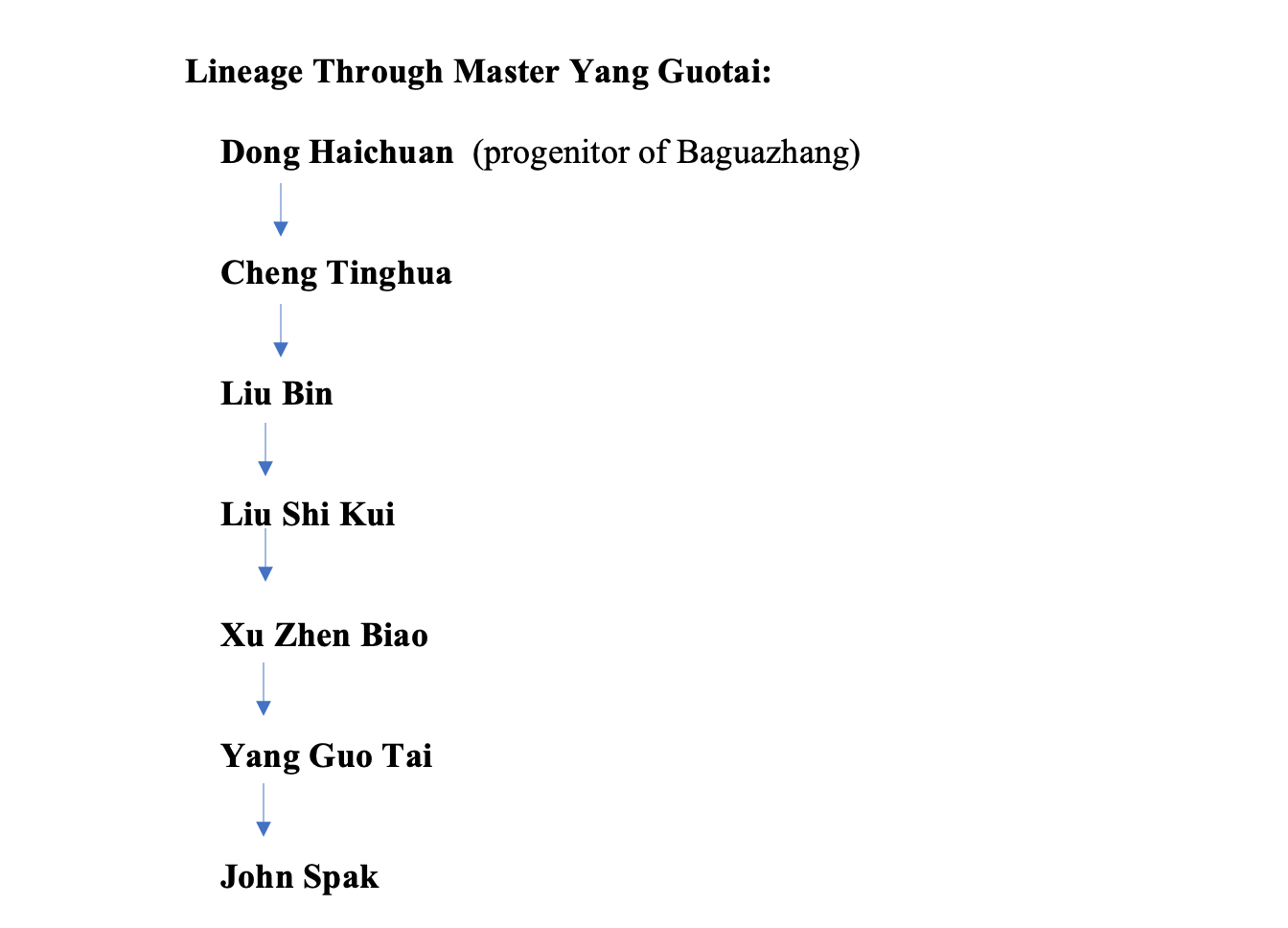 I continue to teach, research, and train Cha Chuan and Baguazhang daily.